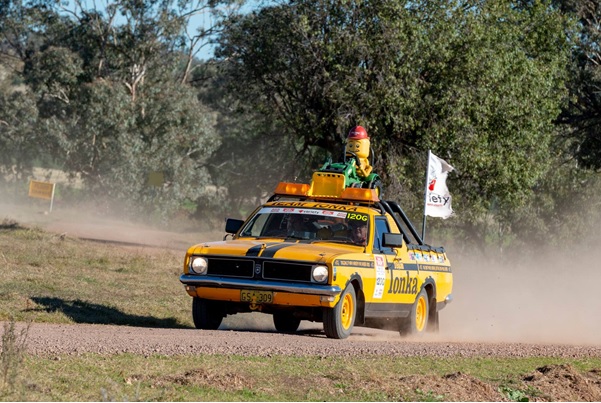 Guideline ACT is extremely proud to support the following charities that have not only had a positive impact in the lives of the Guideline ACT Family but in the wider community as well.

The Centre for Newborn Care at Canberra Women’s’ and Children’s’ Hospital is the principal centre for newborn intensive care in the ACT and Southern NSW. The Unit admits approximately 750 babies each year, more than 300 of whom require assisted ventilation using sophisticated equipment not available anywhere else.

External funding allows the quality care provided by the NICU to expand and be more readily available to the general community.

Priscilla went on to explain that each January 1st they basically start with $0, and throughout the year build up their funds, through donations, to distribute by way of grants in December each year. This year they are looking at distributing $17M in grants to fund research.

Guideline ACT supports Variety through its participation in the NSW Variety Bash, entering its first event in 2013 after Jack Diamond and Nick Zardo, workmates of over 20 years decided to have a go after seeing some bash cars on a business trip late 2012.The vehicle is a sunny yellow 1971 HG Holden Ute, themed with a toy tractor and ‘Tom’ its Lego man operator that reflects the Civil Contracting nature of Guideline ACT.  The car’s number is 120G aptly named after Guideline ACT’s first road grader.  The entry is called TEAM TONKA Car 120G.

In 2021 Guideline ACT will enter ‘Team Tonka’ in its eighth consecutive bash and it’s a big year for the Ute, celebrating its 50th Birthday, and is still going strong.

Over the last eight consecutive NSW Bashes, ‘Team Tonka’ has travelled over 26,000 kilometres through dust and mud visiting schools and communities, bringing smiles to the kids. In that time and through the generous efforts of the community ‘Team Tonka’ has raised over $98,000 for the Children’s Charity. Nick is grateful for the overwhelming support from the Canberra Civil Industry in particular saying, “I would like to take this opportunity to thank all of our past and ongoing supporters”.

Guideline ACT recognise the important role team sports play in the development of young people and are very proud to support these sporting organisations and in particular the community based junior teams.