The Lawson Residential Estate – Roundabout project is being constructed to facilitate U-turn movements of buses on Stockman Avenue enabling a functional bus route through the suburb of Lawson. 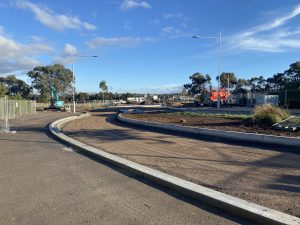 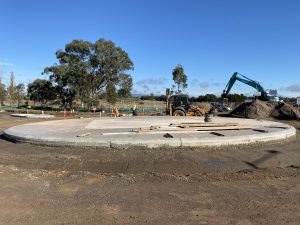 In particular the works involve relocation of approximately 600m of communications conduit and 500m of a 750mm diameter watermain, whilst working within and adjacent to the live traffic corridor which is one of the major access routes into the Australian Capital Territory. Given our significant experience and past performance in these types of works, Guideline ACT is the Contractor of choice for the project. 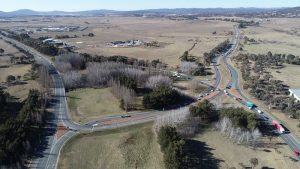 The Molonglo Valley Interceptor Sewer (MVIS) Odour Mitigation Project involves the detailed design and construction of four Odour Control Units and ancillary works near the existing MVIS adjacent to the ACT’s Molonglo development area. The MVIS Odour Control Units will allow the continued expansion of residential development contemplated for Molonglo Stages 2 and 3. The main aim of this project is to replace existing ventilation structures with Odour Control Units, which will not only protect this valuable infrastructure but at the same time provide a better outcome for future residents and the communities they live in.  The design development is now underway, with work on site planned to commence in early 2022. 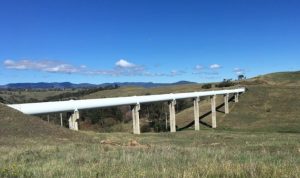 The Tuggeranong Pathways Upgrade project will provide upgraded footpaths, cycleways, kerbs and pedestrian priority crossings within the Tuggeranong Town Centre area. This project will improve on the existing path infrastructure, its connectivity, quality and also complete missing links in the Tuggeranong Town Centre cycle and pedestrian path network. The key construction activities include working around services, relocation of traffic and street lights, demolition of kerbs, public and traffic management. The objective of the works is to increase the amenity and usability of the Town Centre for all users. 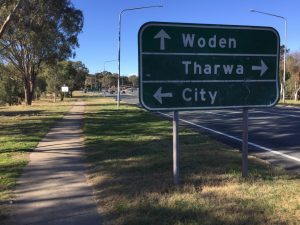 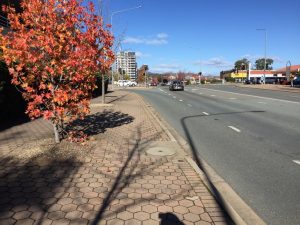 Construction is currently underway at a key Belconnen intersection to improve safety by installing traffic lights with completion expected mid-year.

In addition to traffic lights this project will deliver, new signalised pedestrian crossings, a new zebra crossing and pedestrian island on the left turn lane from Belconnen Way to Springvale Drive, upgraded footpaths and kerb ramps, new on-road cycle lanes on both sides of Belconnen Way at the intersection. 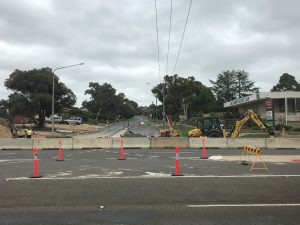 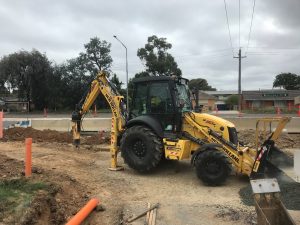 The Sutton Road Improvements Project will upgrade part of a longstanding problematic stretch of road between Queanbeyan and Sutton. The project includes stormwater upgrades, shoulder widening and full depth pavement reconstruction with cement stabilised heavily bound base followed by a new two coat seal. The project is being staged over 5 months, with the majority of works being done under contraflow conditions. 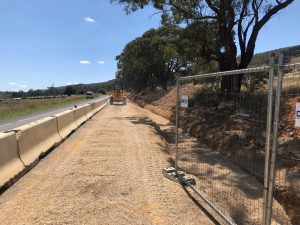 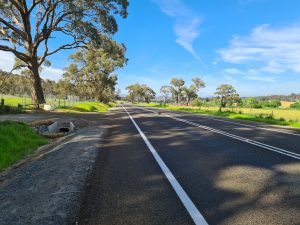 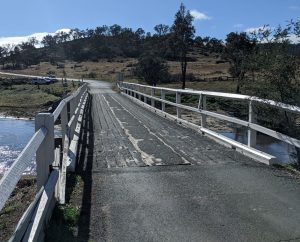 This project includes the shaping of the natural existing creek channel through Taylor 2, Stage 2C. The creek is to be landscaped, protected with rock and stone work and reinforced with key concrete drop structures constructed in the working storm water channel. The connection for pedestrians between Trewenack St and Proudfoot Rise is to be completed with the newly constructed pedestrian crossing. At the southern edge of the works, the existing Elm Grove will house a hard and soft landscaped Nature Play area and Bicycle ‘Pump’ track.

The Tuggeranong Laneways Upgrade project involves the total removal of the existing paths, garden beds and water features. The Townsquare was then revitalised using architectural features; including custom lighting, mature tree planting, paving and installation of three bespoke design and constructed Shade Structures. Also included in the project was the repurposed lake side terrace and a raised Cowlishaw St road crossing. This project was the final link to complete connection from Southbank shopping precinct to the lakeside in Tuggeranong.

The project involves the construction of a new storm water pipeline approximately 480 m long
consisting of twin 900 diameter concrete pipes along Hoover Road. The new pipeline will
match the original hydraulic capacity of the existing similar twin 900 storm water pipeline that
has collapsed within the landfill area.

Construction will also involve the installation of 10 structures being a combination of inspection pits, surface drainage pits and new outlets

The upstream end of the pipeline starts within road reserve at the corner of Alumba Street
and Hoover Road, and travels generally centrally along Hoover Road, terminating at the
western extent of the road before the nature reserve. 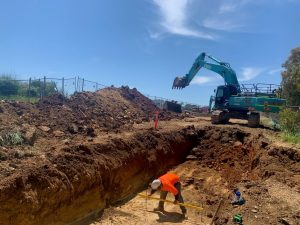 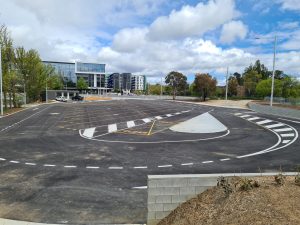 Commencing in August 2018, Part of the ACT Healthy Waterways scheme, the project involves the remediation of existing storm water channels, construction of wetlands and a sediment basin in the suburb of Melba. The site of the works is west of Copland Drive, on the north of Ginninderra Drive.  Its main purpose is to deliver healthy waterways, protecting the environment, and at the same time providing community amenity.

The project will include the construction of: