McKellar Ponds Commencing in August 2018, Part of the ACT Healthy Waterways scheme, the project involves the remediation of existing stormwater channels, construction of wetlands and a sediment basin in the suburb of Melba. The site of the works is west of Copland Drive, on the north of Ginninderra Drive.  Its main purpose is to deliver healthy waterways, protecting the environment, and at the same time providing community amenity. The project will include the construction of:

LMWQCC Dam Stablilsation Commencing in October 2017, The Lower Molonglo Water Quality Control Center (LMWQCC) Dam Stabilization project involves remedial works and preventative maintenance on crucial and active elements of the largest inland sewerage treatment plant in Australia. Key works are to be carried out within the LMWQCC’s Bypass Storage dam which acts as a last resort buffer storage for the plant of 147 ML. The purpose of the dam is to capture partially treated sewage to prevent any release into the Molonglo River. A more detailed scope of works is as follows:

At the completion of the project, stabilisation of the Dam will provide a safer access environment within the Dam, reduce the current Dam maintenance regime and prevent potential damage to existing plant infrastructure. This work is to be carried out within an active sewerage treatment plant without disrupting operation of the plant. 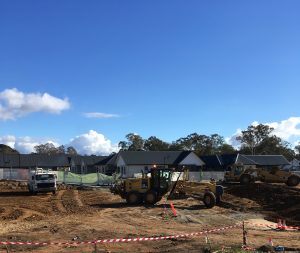 ens is a retirement village to be developed, built and operated by Hindmarsh in the ACT. On its completion it will provide around 140 independent living units that comprise of a mix of 2 or 3 bedrooms with 1 or 2 bathrooms. The construction of Marigal Gardens will provide for the demand for high quality, community focused living options for retirees whilst being in a convenient location close to all the activities retirees will enjoy. The Marigal Gardens project comprises of 2 stages involving the pavement only construction in stage 1 with bulk & detailed earthworks, underground services & pavement works making up stage 2. The Principal for this project is Hindmarsh Constructions and the design was carried out by Indesco. The scope of works can be summarised as including the following:  Earthworks, pavements, underground services, kerbs and concrete paths and driveways. 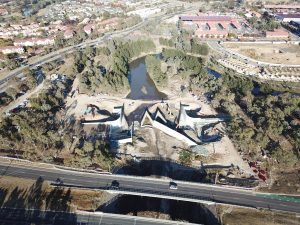 Due for completion in late 2018, there are two parts to this significant project; Construction of two wetlands in the existing Isabella pond as a part of the ACT Healthy Waterways scheme and the widening of the existing labyrinth wall weir forming the dam wall for Isabella pond. The aim of the Isabella Ponds Wetlands project is to improve the quality of the water at both the incoming pond areas as well as the outgoing water into the Murrumbidgee River system; the wetlands ponds will create a haven for flora and fauna. The weir is being widened to allow for higher flows, thus greatly reducing the risk to downstream stakeholders of Tuggeranong. The additional flow capacity of the weir also reduces the risk of damage to the Drakeford Drive Bridge. The key activities of the new upgrade include the demolition of the exiting abutment and labyrinth wall and then the reconstruction of the reinforced concrete structure. 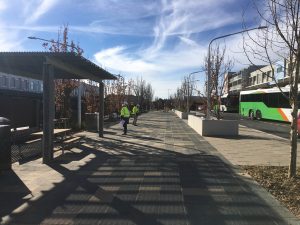 The Gungahlin Bus station Project commenced September 2017.  The Capital Metro Agency Light Rail route between Canberra City and Gungahlin will terminate at the Gungahlin Town Centre. The terminus will be located in Hibberson Street at Gungahlin Place. The purpose of this project is to develop facilities and provide upgrades to foster and ease the transfer of passengers between light rail and the city’s bus network, including the following: